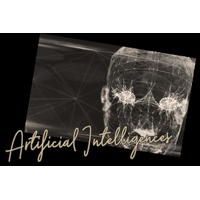 We often think of Artificial Intelligence as a recent development however as this timeline shows, it’s been around for a lot longer than you may realise.

Many of us not directly or indirectly involved in the development of AI may think that this is a relatively recent discovery. However, that’s simply not the case. Just ask Lady Ada Lovelace. She was on of the first pioneers of AI in the 1840s. In fact, the team “artificial intelligence” was coined in 1956 by Stanford professor John McCarthy, and this date is generally considered as the modern birth of AI.

In terms of the history of AI, a one of the first pioneers of AI was Lady Ada Lovelace 1840s but the term “artificial intelligence” was coined in 1956 by Stanford professor John McCarthy, and this date is generally considered as the modern birth of AI.

And while it is true that AI has grown in leaps and bounds very recently, there are a number of impressive developments that have been around for some time. The timeline below highlights some of the key dates in the history of AI.

1961 The first industrial robot, Unimate, starts working on an assembly line in a General Motors plant in New Jersey.

1965 Joseph Weizenbaum develops ELIZA, an interactive program that carries on a dialogue in English language on any topic.

1966 The first mobile robot. Shakey the robot was the first general-purpose mobile robot to be able to reason about its own actions. In a Life magazine 1970 article about this “first electronic person,” Marvin Minsky is quoted saying with “certitude”: “In from three to eight years we will have a machine with the general intelligence of an average human being.”

1980 Robots read and play music. Wabot-2 is built at Waseda University in Japan, a musician humanoid robot able to communicate with a person, read a musical score and play tunes of average difficulty on an electronic organ.

1986 The First driverless car, a Mercedes-Benz van equipped with cameras and sensors, built at Bundeswehr University in Munich under the direction of Ernst Dickmanns, drives up to 55 mph on empty streets.

2000 Robot waiters. Honda's ASIMO robot, an artificially intelligent humanoid robot, is able to walk as fast as a human, delivering trays to customers in a restaurant setting.

2009 Robots pass their driving test. Google starts developing, in secret, a driverless car. In 2014, it became the first to pass, in Nevada, a U.S. state self-driving test.