As part of our series of virtual events designed to keep you connected whilst in lockdown, CWN Board Member, Geraldine Gallacher, is delighted to be 'In conversation with Jo Coburn', the presenter of BBC Politics Live, a flagship daily discussion show on BBC2 designed to stimulate thought provoking conversations with an interesting mix of guests, some political, others not.

Jo Coburn is a former BBC political correspondent and began her TV career covering the London beat where, in addition to her ringside seat on all the major political events at the time, she fronted the documentary entitled 'Boris: the London Years', a look back at his eight years as Mayor and his chances of becoming PM.

Jo has met an array of fascinating characters in her job presenting Politics Live, many of them with interesting views on politics, but not politicians themselves, including Malcolm Gladwell, Louise Casey, Jodi Kantor, Jordan Peterson and Afua Hirsch, to name just a few.

Jo is married to Mark, the CEO of a public affairs company and between them they have to juggle two high profile jobs as well as two lively teenage boys. Like many of our members, Jo currently is having to contend with the complications that lockdown brings. It will be great to give Jo the chance to answer the questions rather than posing them for a change!

Geraldine Gallacher is CEO of the Executive Coaching Consultancy which she started in 1994 and now has over 60 coaches internationally serving a wide range of industries. The Executive Coaching Consultancy has a particular specialism in the female journey and has coached over 10,000 individuals through key transitions in their careers. Geraldine speaks regularly on the subject of “More women at the top” and "The Future of Gender Diversity" and is a great believer in the benefit of diverse teams.

There is a nominal charge for non-members (a choice between a £10, £15 and £20 ticket price), with all money raised going to CWN’s charity partner, Wellbeing of Women (WOW).

Members tickets are free, however, members have the option of making a donation to WOW by choosing one of the Member 'donation' tickets. 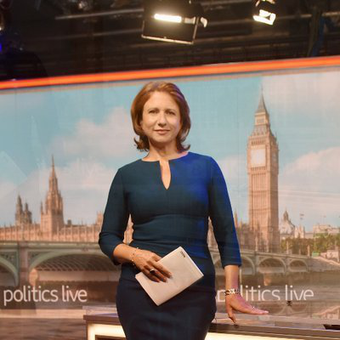