“The best part for me has been the people” 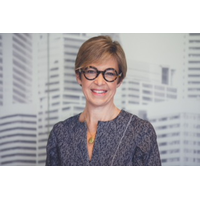 “The best part for me has been the people”

Ahead of International Women’s Day 2018 where this year’s theme is #PressforProgress, CWN caught up with President Emeritus Brenda Trenowden.

Q: Brenda, you were President of CWN from 2012 until 2015, what attracted you to the network and what experiences stood out during your tenure?

India Gary-Martin, who was President of CWN in 2012, was the initial attraction for me.  She told me that the network was focussed on professional development and mutual support and that the members were very friendly and welcoming.  She was right.  She recruited me initially to take on the chair of the Professional Development Committee, which is a subject near and dear to my heart.  We organised some fabulous events with authors and great speakers on topics that were very relevant to career development.  India then convinced me that I should run for President when she was stepping down.  At the time, I thought it a very daunting task, both in terms of time commitment and also living up to expectations.  I found that having a wonderful board and so many great committee members made it a very rewarding experience.

The highlights for me were our Adapt or Die Conference and also the Creative Disruption Conference.  Both were absolutely first class in terms of content, speakers and panellists and feedback from attendees was brilliant.  We also had some fabulous Gala Dinners with great speakers and great fundraising for our charities.  The best part for me, however, has been the people.  I love that anyone can go to a CWN event on their own and end up speaking to lots of great people and take away something positive.  It’s a wonderful group.

Q: How has CWN helped you in your busy career? Did CWN help you prepare for your role as Global Chair of The 30% Club?

I learned a lot during my tenure as President of CWN – it was a bit like running a small business.  It taught me a lot about strategy, governance, management, influencing skills, time management, budgeting and planning and also public speaking.

I am much more confident now speaking to large groups and also on television and radio, I know that the strategy and governance piece has helped in my job at ANZ, and the experience was a great foundation for my role as Global Chair of the 30% Club.  I don’t think I could have taken on the 30% Club Chair role without the experience at CWN.

Q: CWN celebrates its 40thanniversary this year, how has CWN continued to be relevant in the lives of senior business women today?

CWN continues to be very relevant for many reasons.  First of all, the professional development events are incredibly useful and in an age of constant cost-cutting, many people find that they are not getting this type of training through work.  Secondly, I have found that when I have needed to talk to someone about work or career issues, my peers at CWN were great sounding boards for me and have provided a lot of support and encouragement.  Many professional women don’t take enough time to build their networks outside of work and CWN gives them a great opportunity to do that in a very open and unintimidating environment.

Q: A lot of work and campaigning has gone into raising awareness about the benefits of diverse boards, what progress has given you most encouragement?

I am very encouraged by the momentum that we are achieving right now in this space, both in terms of increasing the number of women on boards (in the UK we are now at over 28% on FTSE100, up from 12.5% in 2010 and no all-male boards from 21), and also getting CEOs signed up to setting targets for more women in their senior leadership teams, thus building a strong pipeline of executive and board-ready women.

We have also made great strides with our investor group which is a group of both asset owners and asset managers who are committed to holding their investee companies to account on gender diversity both on their boards and in their senior leadership teams.  A year and half ago the group had 7 members and £1.6 trillion in AuM.  We now have 30 members and £10.9 Trillion in AuM.  That’s a very powerful group!

Q: What three things equip you for leading through uncertainty?

That’s easy – I surround myself with great people who are not afraid to challenge me; I try to be very focussed on the end goal and flexible in managing the plan to achieve it, and finally I ensure that I have a good balance of positive things outside of work to keep me balanced – good friends, lots of exercise, and a strong sense of purpose.  A positive mental attitude is incredibly important.

Brenda has more than 25 years of experience in capital markets, investment and relationship banking, and has been recognised for 2 years running by Financial News as one of the top 100 most influential women in finance. She is also a strong advocate for women’s economic empowerment and has been recognised with several awards for her global campaigning for greater gender balance across organisations as a voluntary, business-led imperative. In 2015 Brenda was appointed Global Chair of the 30% Club, where she works closely with leading Chairs and CEOs around the world to increase the representation of women in senior roles and throughout organisations.  She is also an advisor to UK Government’s Hampton-Alexander Review for increasing the representation of women in the executive level of the FTSE 350 and an advisor to the Women in Leadership across the Commonwealth initiative.

Canadian by birth, Brenda has an honours Bachelor of Commerce degree from Queen’s University in Canada and has a Chartered Financial Analyst designation. She has lived and worked in a number of different countries in Asia, Europe and North America for some of the world’s largest banks including Citi, BNP Paribas, Lloyds Banking Group and BNY Mellon. Brenda now leads the Financial Institutions Group in Europe for ANZ Bank, is a member of the UK Management Board and an Executive Director of ANZ’s UK Bank subsidiary, ANZ Bank (Europe) Ltd as well as all of ANZ’s other UK subsidiaries.  Brenda is also a Companion of the Chartered Management Institute (CMI), a trustee of the EY Foundation and a Freeman of the Worshipful Company of International Bankers.

Brenda lives in Kent with her husband, ‘Trend’ and her two children, Teddy and India.  Her interests include spending time with friends, travel, reading, running and cooking.